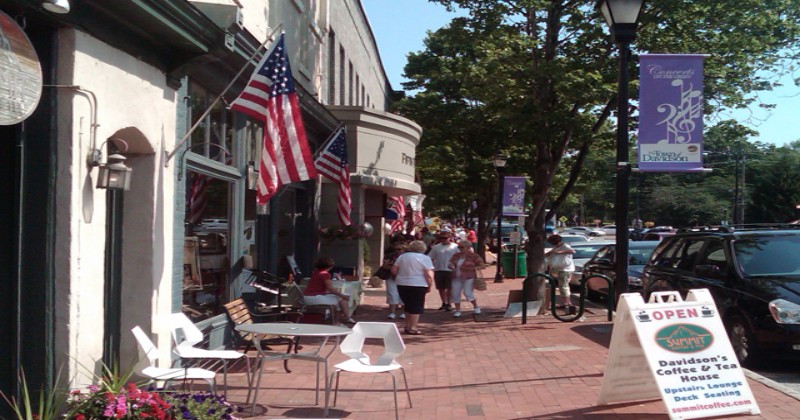 Think you know everything there is to know about Davidson, North Carolina? Here are eight nuggets of wisdom you can use at your next cocktail party.

2. Aside from the college, Davidson originally revolved around cotton. Cotton mills started popping up in the late 1800s and by the early 1900s, over 2,000 bales of cotton were being sold in the town each year.

4. Davidson proper measures only 5.1 miles but the city contains 19 parks and greenways!

6. The city’s also implemented some impressive local growth principles. There’s special attention paid to development that encourages walking, mixed-use development, and open space – and the whole city actually has a ban on drive-thrus!

7. Did you know that arguably the country’s most famous sculptor is a former Davidson resident? Thomas Clark, known for his whimsical sculptures of gnomes, sells his work all over the world.

8. Davidson, historically, has been an aging city thanks to leftover residents from the city’s mill days. But thanks to an explosion in growth (thanks I-77!) and young families moving in the median age of Davidson residents is now an impressively-young 37.

Of course, there is much more to love about Davidson. The city’s on Lake Norman and sits right up against bustling Cornelius. It’s got an adorable downtown and it’s growing every day. If you want to learn more about houses for sale in Davidson, NC, or the greater Charlotte real estate market, call us! We love talking about lake living.